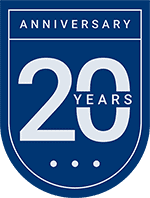 Michael graduated with a BS from the University of Pennsylvania, Wharton School of Business in 1981, with a concentration in Marketing and Decision Science.

After several years as product manager for hardware IT at Harris Corporation, Carterfone Communications and Datastream Communications, he joined Montgomery Securities in 1986 as an Institutional Salesman.

Michael was named a Principal of the firm in 1990, was near the top producers for nearly a decade, serving a host of the largest mutual funds, as well as the largest US hedge funds.

He was a weekly contributor to both Fnn and CNBC live market programs. In 2002, he left Banc of America Securities to create Shoreline Asset Management, a family office fund format.

In 2010, Michael joined Andor Capital Management as Principal and Portfolio Manager, and spun off Balog Capital, LLC in 2011.